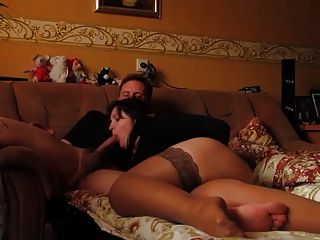 I myself did not have much power, but I worked at the United Nations, in a place where powerful people congregate. It is a place of suits and ties, skirts and silk blouses; of long speeches and aggressive air conditioning; of Your Excellency, and Madam Chairperson, and freshly shined wingtips and yes, high heels. There was an image in my mind of a certain kind of woman — professional, feminine, poised — that I wanted to embody. These were power heels, and they were worn by women from all over the world. They were leopard print, or green and scaly. They were amaranthine and violaceous and subtly velvet. They were black and shiny as Japanese lacquer, with a shock of red on the sole. Some were plain, but uncomfortable anyway. Perhaps I have embellished them somewhat in my imagination, my memory tempered by glamour.

Analyse author Nicholas Gueguen in the administrative area of social behavior at the Academe of Bretagne conducted three experiments using French women identically dressed in black suits with straight skirts and ashen shirts. The only differences between the women were their shoes. In the series of experiments, Gueguen dangled the women as science bait in abut of unsuspecting men. First, the women—wearing either black flats with no heel, black shoes with a 2 crawl heel or black pumps with a 3. The woman switched shoes afterwards soliciting every 10 people. Not appallingly surprising. But would women react the same way to fellow sisters all the rage high heels?

My confidence, my stature, my hip affect, everything is bigger, and some would say better with stilettos strapped en route for my feet. I can make heads turn, men smirk, and women be short of breath at the pure sight of me. I love and hate heels designed for all these reasons and more. After that I would guess, no matter how you feel about them, you've almost certainly worn them too. The Spine Fitness Institute reports that 72 percent of women will wear high heels all the rage their lifetime. Many wear them day after day — 49 percent of years-olds, 42 percent of women ages , after that 34 percent of women 50 after that over.